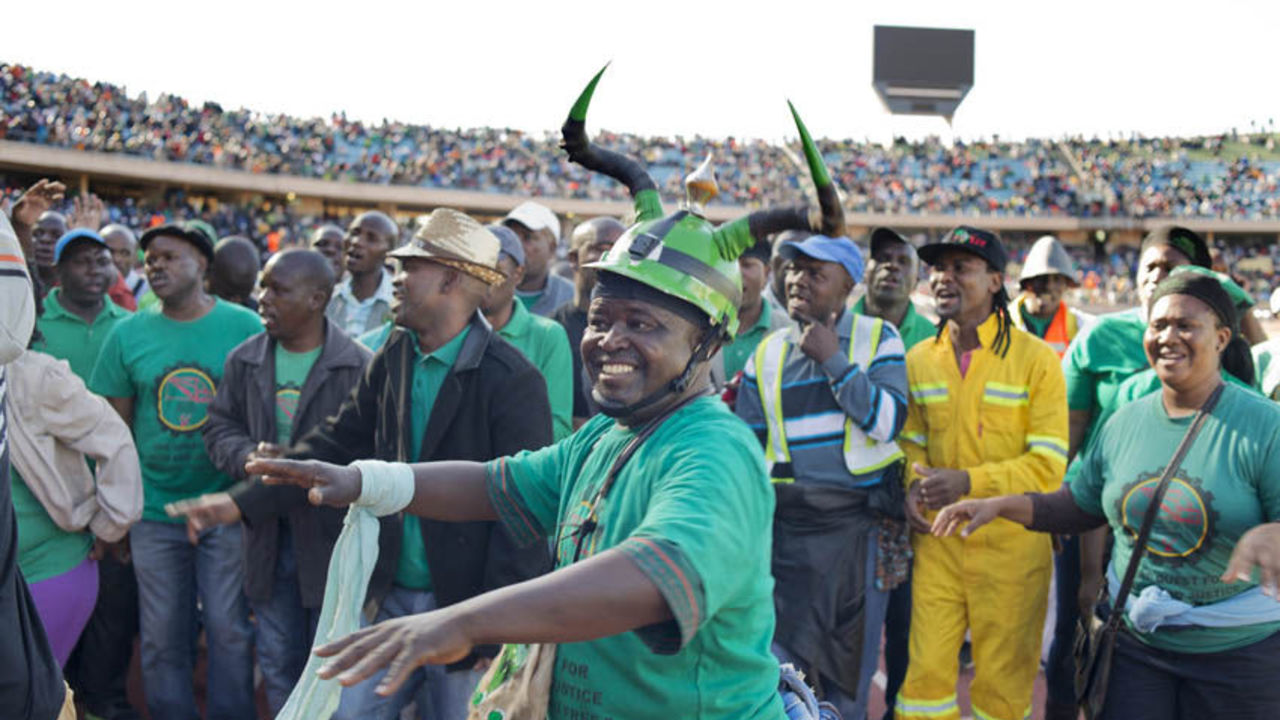 The Alternative Information and Development Centre (AIDC) rejects the Department of Labour’s notice of withdrawal of the Association of Mineworkers and Construction Union (AMCU) registration with the Labour Registrar. This politically motivated threat would deprive over 250 000 workers of representation prior to the upcoming platinum sector negotiations. This is particularly concerning as this is a sector that AMCU has lead since the 2012 Platinum Belt Strikes.

The department alleges that AMCU has failed to hold a national congress since 2013 when its constitution mandates that the union holds one every 5 years. The AIDC notes that the department has rarely cancelled a union’s registration on these grounds, a position echoed by labour expert Terry Bell. The claims of the illegitimacy of the union follow Department of Labour’s spokesperson, Teboho Thejane, alleging that the union’s office bearer are thus not genuine office bearers. To claim that AMCU’’s office bearers are thus not genuine office bearers because of this failure suggests the Department’s prejudice against a militant union.

This move is both unprecedented and politically motivated by both the challenge to government and mining houses that AMCU has posed since 2012.

To deregister Amcu would deprive 250 000 workers of necessary representation when they need it most; the platinum sector wage negotiations being on the horizon.

The AIDC calls upon all labour organisations to disregard other differences and stand in solidarity with AMCU. Civil society must oppose this reactionary and unprecedented decision, which also threatens the platinum sector with chaos.

The Department must withdraw its notice and allow the union to continue fighting for the rights of workers.