“White monopoly capital” is a recurring theme in contemporary political discourse. But a Google search of the term returns results that variously describe it as a bogus grouping or the real reason so many black South Africans remain systematically isolated from opportunity long after the formal collapse of the apartheid state.

The latest tool in the arsenal of those who say white monopoly capital is the real enemy — and that the Guptas and allegations of state capture are a sideshow — is the public protector’s recent preliminary report, first revealed by the Mail & Guardian.

The preliminary report found that the apartheid state gave a handsome cash gift to Bankorp, later acquired by Absa, and recommended that the state should claim it back.

There is, then, a particular political currency in the term “white monopoly capital” that appears ascendant.

The president himself has relied on the term, or a variation thereof, to explain his resistance to calls for his resignation.  Addressing the ANC Youth League in December, Jacob Zuma said he had learned about a campaign by a “foreign chamber” and “big business” calling on him to resign.

“I will never on my own resign because if I do so‚ I would be surrendering to the monopoly capital,” Zuma said.

And this week youth league president Collen Maine said the league would only support leaders who will advance land restitution and “have a lot of appetite to collapse white monopoly capital”.

Similarly, detractors of the public protector’s findings into state capture by the Gupta family use the term to explain an alleged systematic campaign by an intricately woven cabal of moneyed white South Africans to protect their stranglehold on the economy at the cost of the advancement of black people.

But as a strand of political discourse enunciating a particular view of the structure of the economy, some economists argue that the term is used too loosely, eliciting race and class concerns without context.

Monopoly capital in itself can be traced to the Marxist critique of capital that focuses on corporations controlling vast swaths of the economy. It also has a particular history in South African politics and activism.

The Freedom Charter demands: “The mineral wealth beneath the soil, the banks and monopoly industry shall be transferred to the ownership of the people as a whole.”

An early entreaty to end white monopoly capitalism, without using those exact words, was by Nelson Mandela. On his release from prison in February 1990 he is reported to have said: “The white monopoly of political power must be ended and we need a fundamental restructuring of our political and economic systems to address the inequalities of apartheid and create a genuine democratic South Africa.”

And yet, as professor emeritus of economics at Stellenbosch University Sampie Terreblanche has alleged in interviews previously, Mandela and other senior leaders of the ANC were courted by the likes of the Oppenheimers and the Ruperts in the early 1990s. Terreblanche claims that, in a series of clandestine meetings, Mandela was persuaded to adopt economic policies that would in effect protect the interests of white-held capital and inhibit the radical transformation of the economy.

It is an allegation the ANC has repeatedly rejected.

And yet the result of the decisions taken in those turbulent days leaves us with a unique kind of revolution — one that has not caused the former oppressor actual material loss.

Not even AfriForum could reasonably argue that, for more than 100 years, white people enjoyed domination over people and space in South Africa. That power is seen to be entrenched in access to land ownership and opportunities, be they educational or entrepreneurial. 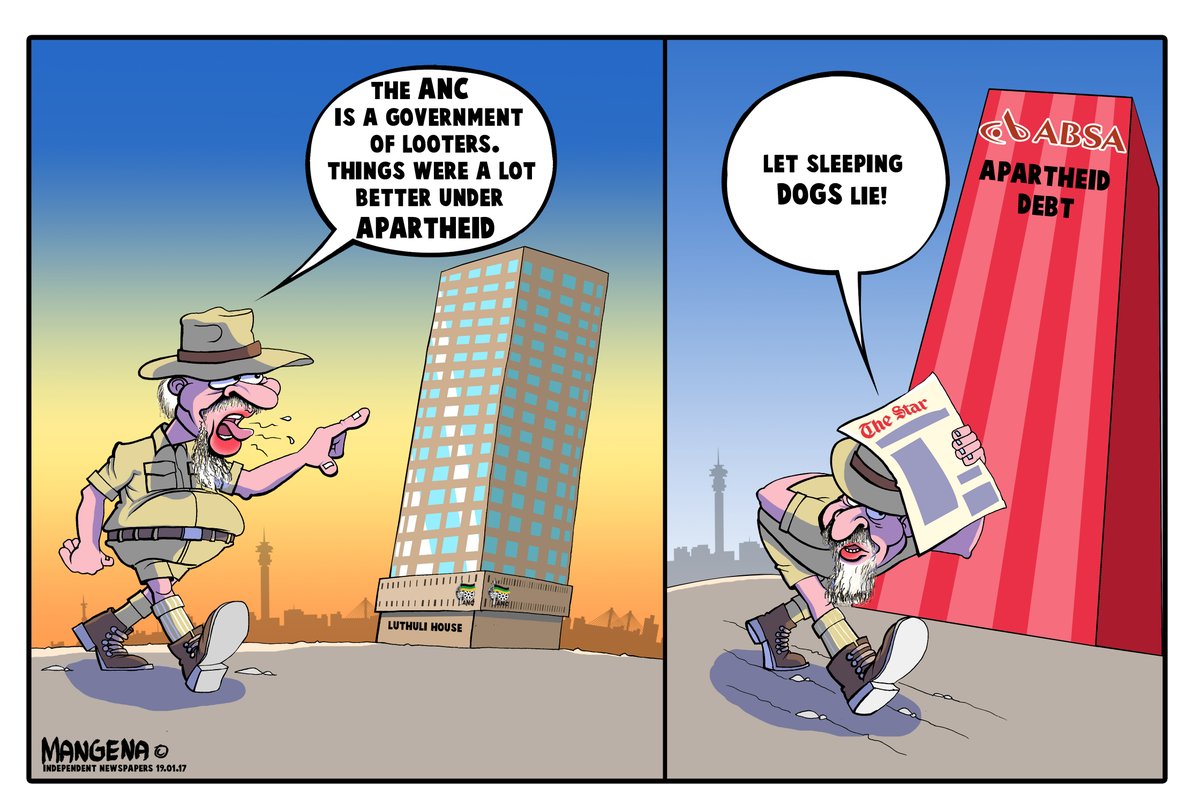 From: The Star News

But this same enclaving is also evidenced in two of the biggest crimes against the South African people, the construction and bread price-fixing cartels. In both instances the perpetrators were slapped with hefty fines, but the make-up of these cartels and their methods points to enclaves of capital that tend to work towards their own enrichment at the cost of the rest of the country.

Others argue that the structure of capital has changed and that white monopoly capital is no longer the centre of power in South Africa. For one, Professor Keith Breckenridge, a historian who is also attached to Wiser, argues that firms are nothing like they were under apartheid.

“There was a national system of interlaced capital investment — the big firms all owned each other and they also had industrial assets,” he says.

According to him, the 1990s saw this change as major sources of monopoly capital were exported.

“The big capital transfers have left the country,” he says.

For Breckenridge, the major source of capital-driven power in South Africa today lies in the pension funds.

It is an argument that is, however, rejected by those who point to the fact that white people continue to enjoy dominion in the upper echelons of the economy.

It was, after all, only in the 1980s that black people began to be afforded some access to power, property, opportunities and information.

Black capital has grown in the ensuing years but economic power — in the JSE, for example — remains entrenched in white hands. It is the sluggishness of transformation and, ultimately, the economic policies driven by the ANC that have propped up the idea of white monopoly capital.

What is ironic about the ANC in the current discourse is that its senior leaders are being attacked for being agents of white monopoly capital, whereas the party has identified it as its chief enemy.

In a strategy and tactics document adopted during the Polokwane elective conference, the ANC said: “The liberation movement defined the enemy, on the other hand, as the system of white minority domination with the white community being the beneficiaries and defenders of this system.

“Monopoly capital was identified as the chief enemy of the [national democratic revolution]. It was also emphasised that apartheid was not in the long-term interest of the white community.”

The ANC of that 2007 Polokwane conference is, of course, a whole different party today. And two of Zuma’s chief cheerleaders at that conference, Julius Malema and Zwelinzima Vavi, are now firmly outside the ANC fold.

Both Vavi and Malema continue to make rousing calls against white monopoly capital. But complicating matters is that the term is now being used as a weapon in an apparent campaign against Finance Minister Pravin Gordhan on behalf of the Gupta family.

Malema this week made a distinction between those arguing against white monopoly capital in order, he said, to further the interests of the Guptas on the one hand and the position of the Economic Freedom Fighters on the other.

In the meantime, white monopoly capital, as a catchphrase for the untransformed South African economy, is a frontline in the heated debate about economic transformation.

It is a debate taking on more urgent tones in the ANC itself, whereas outside the party the slow pace of change makes the idea of white monopoly capital vulnerable to political manipulation.