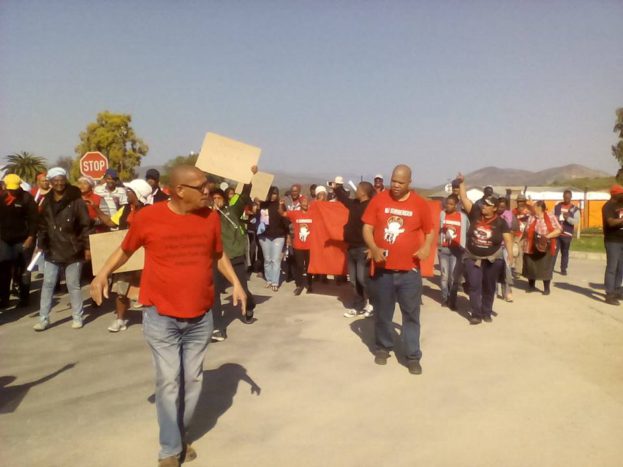 Again our thanks for your feedback and continuous support for the struggle of striking Roberson Winery workers and rural workers in general. Your support has forced the Winery bosses to come to the negotiating table on Monday 19 September 2016.

Their arrogant behaviour and pride has taken a serious blow. But comrades as you are aware, we are dealing with very powerful people. They don’t care about developing a human rights culture, because their wealth has been built on the vicious exploitation of the black skin. They don`t know any other way. Coming to the negotiating table as I stated is not out of goodwill, therefore they will seek to take revenge.

We have to re-look at what happened in 2012 and learn the lessons. Remember the extreme measures the farm owners took in order to crush the confidence of the farmworkers and to a great extent they have succeeded. They will go all out to ensure that rural workers don`t have the confidence in themselves to change the oppressive conditions that they live and work in, forever. To replace exploitation and racism with a human rights culture, this is what they most fear.

Therefore, the intensification of the boycott campaign locally and internationally against Roberson Winery during the strike must be intensified.

Letters must be written to them on a continuous basis. The pressure must pile threefold, this is the only language they understand.

This is not anymore just a Roberson Winery workers strike for R8500, this is now a strike to restore the humanity and dignity of the rural poor. This is now a strike that must give hope to the rural poor.  Hope that one day my child will be in a much better position than I, and one day this child of mine will also walk through gates of a university and receive a quality education. The desire of the rural worker to see her child in a much better position that she could ever imagine runs deep, very deep.

At the Wieta meeting on 10 September,the CEO  and Chairperson of Wieta conceded THAT this ethical standard formation has been 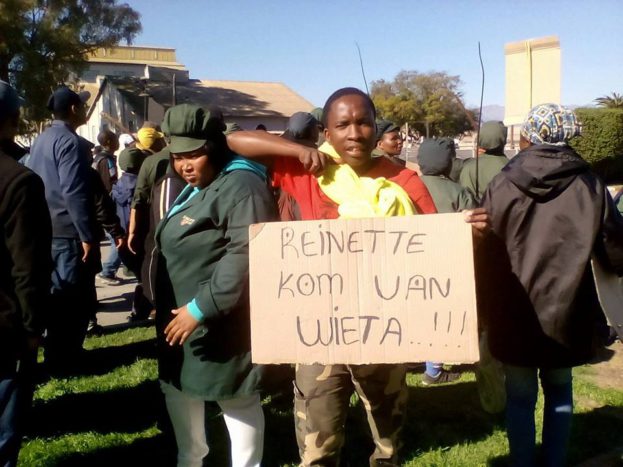 hijacked by the ultra-conservative white farmers. They conceded that WIETA is only being used by the farmer owners to export wine to the international market. Wieta has nothing to do with transforming the lives of rural poor. An extraordinary concession.

Csaawu brought 30 workers to that meeting. Under pressure of workers from Csaawu and other unions, Wieta was forced into making these statements. They issue the farm with certificates indicating that the farmers are complying with ethical standards. Yet workers experience terrible conditions. Workers are able provide facts on non-compliance. The workers cries for WIETA to explain why certificates of compliance is being issued to the farmers year after year, were unanswered.

Comrades please take note, we are aware that victory will not be achieved at the negotiation table. Victory will only be achieved through mass mobilisation and solidarity on all fronts.

Csaawu must just sealed this victory at the negotiating table.