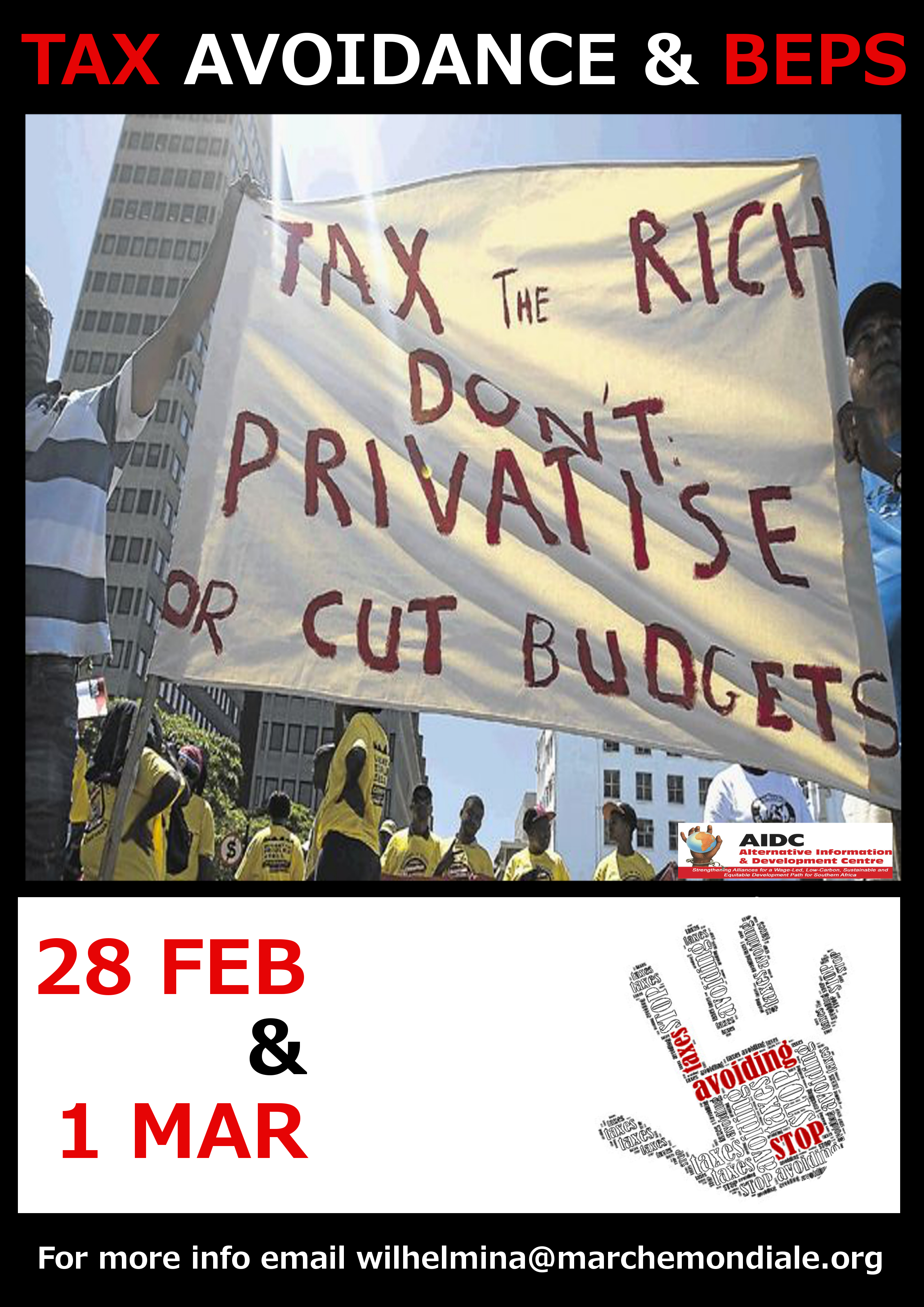 The ‘Fees Must Fall’ movement is only one of many indications that combating these practices is crucial to the future of South Africa. Tax revenues must increase, credit taking must decrease. The fight against “Base Erosion and Profit Shifting” (BEPS) should be part and parcel of answering the question on how the South African government can ensure that it has sufficient resources to meet its constitutional obligations of ensuring a better life for all its citizens.

This has so far been an uphill battle. Discussions in international institutions like OECD have not produced enough concrete solutions and inter-governmental decisions. Many years have passed since the first conferences without tangible results.

The question is whether countries can act unilaterally, not least on issues of transparency? What is the political space for doing this? The Financial Intelligence Centre Amendment Bill demonstrates that the space is contested.

What then about transparency in existing legislation? There are in fact countries where financial statements, also of unlisted companies – for SA, read: ‘the many subsidiaries of transnational corporations’ – can be accessed by anyone who have a company registration number. What will be the recommendations from Davis Tax Committee on the already amended Companies Act? Should access to company information be marred by bureaucratic gymnastics, making it virtually impossible for citizen’s to access the information? Are there remedies that can get broad support? Is ‘the competition argument’ valid and hard to counter or an excuse for opaqueness?

And at any rate, is it at all possible to increase the effective corporate tax? Is South Africa also competing with other developing countries by means of legal loopholes and tax avoidance possibilities, and if so should we?

It is clear from these questions that it is pivotal to discuss the legislative framework which appears to facilitate the chasm in inequality and disables development. To that regard, it is important for Labour to be brought into the struggle against BEPS. In our view, this should not only be an issue for NGO campaigns and government officials.

It would appear that trade union negotiators are not sufficiently aware of the fact that BEPS also erodes their base for demanding higher wages. At the negotiation table, the big mining companies – to take one example – refer to their official annual reports of the mother company when arguing against “unaffordable” wage demands, but they give insufficient information. Aggressive tax planning arrangements, leading to “wage evasion” and “wage avoidance”, cannot be discerned in the aggregated financial reports of large corporations. One needs access to disaggregated data, meaning the financial reports of the individual subsidiaries. They employ the workers, it is from them that profits are shifted, and in the mining industry they are the ones that have the legal obligation to implement Social Labour Plans.

Well placed individuals and large corporations have political advantage and lobbying capacity. They have the influence, the power and the opportunity to dodge taxes and manipulate systemic gaps. They employ the legal expertise and have support from the big accounting firms who compete with the “best transfer pricing solutions” to deliver “shareholder value”, as Price Waterhouse Coopers advertise on their website. Indeed, it is often said that illicit financial flows or capital flight is comprised of three main types of transactions: criminal; commercial and corrupted. While tax evasion is entirely illegal, tax avoidance uses loopholes in legislation to avoid paying the amount of tax an individual or company reasonably should be obligated to pay. But, in the name of competing for clients, are the accountant firms always working in the safer end of the grey zone that separates legal from illegal practices? Does the South African Revenue Service (SARS) have enough counter power to meet this?

Over the past three years SARS’ transfer pricing unit has audited more than 30 cases, and has discovered transfer pricing of just over R20-billion – at a conservative measure – with an income tax impact of more than R5-billion. A similar number of cases are in progress and others are in the process of being risk-assessed.[1] Still, it must be asked whether SARS has enough capacity and support in legislation. Given the on-going turmoil and controversies at SARS, can it still fulfill its role?

We look forward to two days of interesting presentations and discussions from a wide range of engaged, knowledgeable and concerned participants.