In Morocco, where COP22 talks began last week, and around the world, climate change is inherently tied to the history of colonialism. By Joe Hayns from Jacobin. 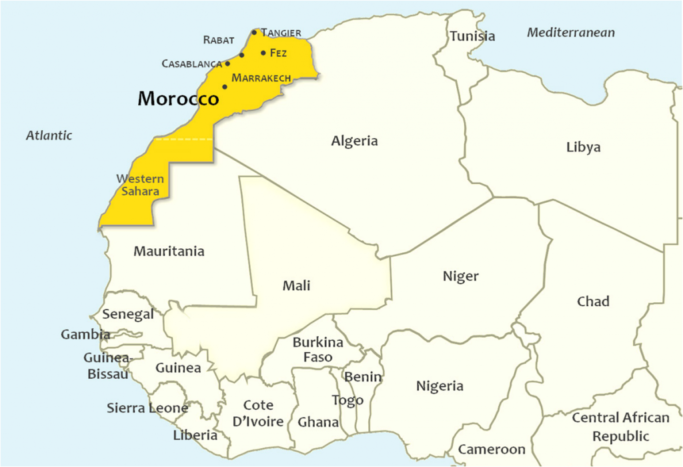 Each year, the world’s heads of state meet at the Conference of Parties (COP) to discuss how to “stabiliz[e] greenhouse gas concentrations in the atmosphere at a level that would prevent dangerous anthropogenic interference with the climate system,” as the guiding United Nations Framework on Climate Change demands.

Last year’s COP garnered international attention and praise. Le Monde’s verdict included a quote from the event’s president and Parti Socialiste foreign minister, Laurent Fabius (“a compromise guided by ‘climate justice’”). The Guardian called the meeting “a rare and heartening case of disparate peoples being led to a common conclusion by evidence and reason.” The New York Times declared that the negotiations ended with “a historic breakthrough.”

But many climate justice activists and scientists disagree. Against the “People’s Test” — “a set of criteria that the Paris deal would need to meet in order to be effective and fair” created by social movements, unions, and environmental groups — the Paris agreements failed on every count.

On Monday, COP22 began in Marrakech, Morocco. International attention will again focus on the political class’s negotiations. But if we’re serious about fighting climate change globally, we might be better off listening to the Moroccan activists currently fighting environmental ruination. This resistance comes out of the country’s imperialist environmental policy, which, to paraphrase William Faulkner, isn’t past: it isn’t even history.

Protectorate?
From 1915 to 1955, le protectorat française — or, as it tends to be called, al-Isti‘amār, the colonization — expropriated the most fertile lands, created irrigation systems, and mechanized production, creating, as Adam Hanieh writes, a “bifurcated agricultural system.” The goal was straightforward: to create profitable exports for France.

Rural, then urban, life turned upside down as a result. The theft of communal lands and devastating unemployment caused massive urbanization.

The colonial regime did remake the cities, but for soldiers and tourists, not displaced peasants. Rabat-Salé, the administrative capital, was riven by urban apartheid. Casablanca and Marrakech fared little better. As elsewhere, colonialism created “a world cut in two.” This new world was increasingly urban — not despite, but because of, the regime’s rural imperatives: to steal, mechanize, and profit.

Techno-ecological change remained violently antisocial in the counter-colonial phase as well. European ownership of lands decreased enormously after the French were expelled in the 1950s. Unlike in Egypt and Algeria, however, no substantial redistribution to the rural proletariat took place.

Once the Moroccan monarchy — al-Makhzen, a word used to describe the country’s unelected power — found itself back in power, it had to compete with the urban, bourgeois nationalists. To bolster their power, the ruling class developed good relations with rural elites who, of course, opposed state expropriation of land. The disorganized peasantry could not mount a substantial counterforce as the royal state and rich landowners bought out the departing French.

Then, as Diana K. Davis explains:

But the environmental basis of this industry is rapidly drying up.

A 2012 study shows “a general tendency toward warmer and drier conditions” in western and northern Morocco over the past forty years. By 2040, rainfall may decrease by as much as 30 percent in the country’s south. The region’s REMO model “suggests a temperature rise in North Africa between two and three degrees Celsius by 2050.”

Almost 40 percent of the Moroccan labor force works in agriculture. This sector also consumes 90 percent of the country’s water, most of which comes from precipitation. In an already environmentally vulnerable region, Morocco’s economic survival will largely depend on the coming climatic conditions. 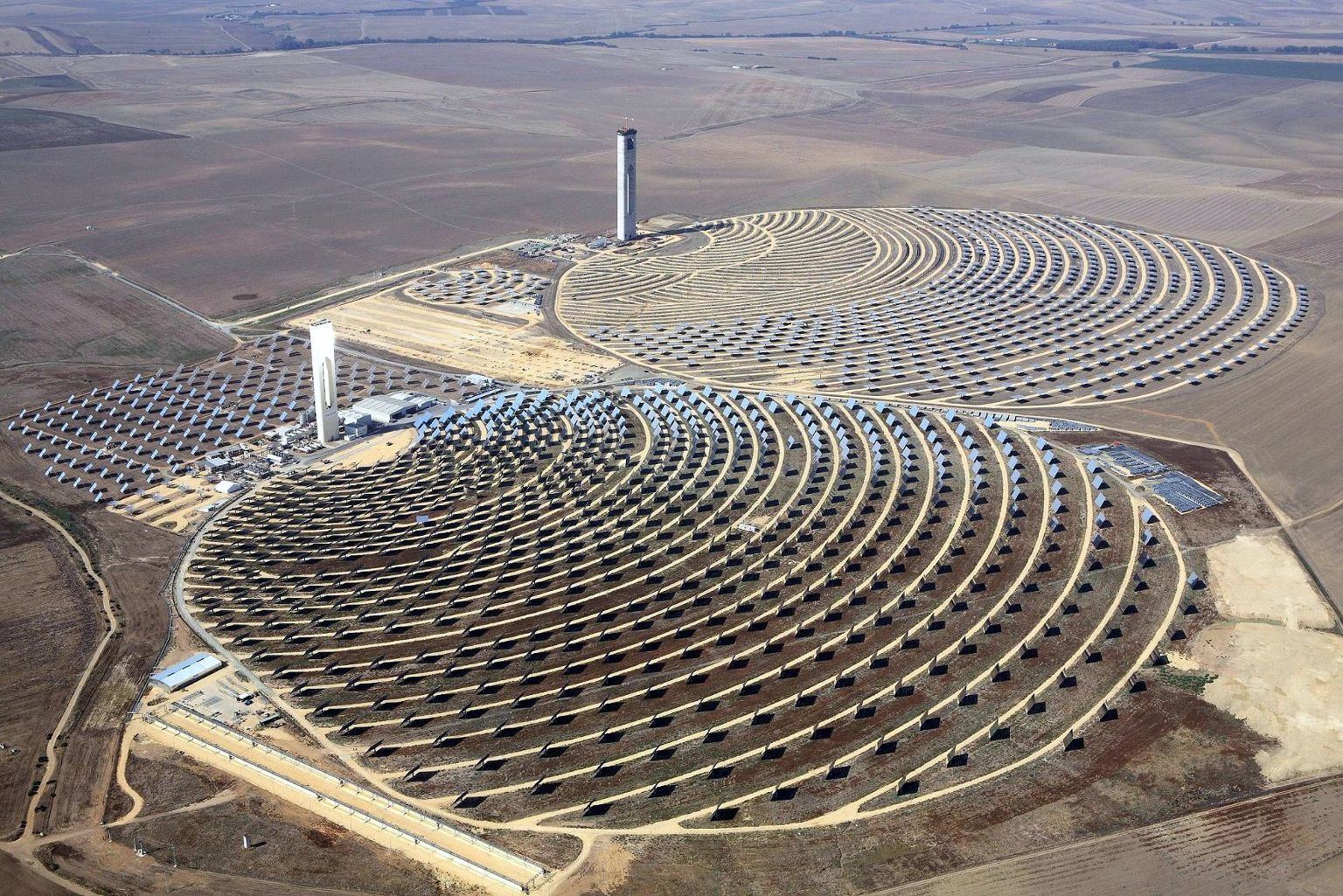 Likewise, the world has celebrated the Noor plant, the largest concentrated solar plant, located in the southeastern Ouarzazate province. This project drew COP22 to Morocco and is expected to “reduce carbon emissions by 760,000 tons per year.” The complex’s low-emission energy will eventually go on sale in Europe.

There are two problems, though. First, the entire project required more dispossession — 3,000 hectares — through compulsory sales at extraordinarily low rates. And if the plant isn’t profitable, the theft will persist: Moroccans will have to service the debt owed to the World Bank and other investors.

Second, the plant demands two to three million cubed meters of water each year. Relative to the nearest dam’s average capacity, this amount is modest; however, as Hamza Hamouchene reports, “at times of extreme drought . . . the dam waters will not be sufficient to cover the needs of irrigation and drinking waters, making the water usage for the solar plant deeply problematic and contentious.”

Hamouchen further explains that the plant

In the colonial period, Europeans expropriated farms for export-intensive agriculture. Now global capital, the Moroccan state, and foreign governments want to use ever-drier land, with ever-less and ever-saltier water, in order to produce “green” energy for Europe.

But these comparisons don’t tell the whole story. Since the 1980s, Moroccans have fiercely resisted capitalist development. The popular protests that began in February 2011 produced, for a time, a near-revolutionary situation. The current protests may go beyond that.

In these movements, environmental demands go hand in hand with working-class anger.

Take the Movement of the Road ’96. Its five-year occupation of Africa’s richest silver mine, which is largely owned by the royal state, has reduced output by 30–40 percent. The activists say they are fighting “the systematic pillage of the natural resources in our land and against the discrimination of socio-economic rights.”

Last year, protests erupted in Tangier against Paris-based Veolia’s extortionate rates for water and electricity. Chants of “Shame, shame,” the Makhzen “sold us out to colonialism” filled the streets.

The recent uprising following the state’s murder of Mouhcine Fikri, who was crushed while retrieving confiscated fish from a garbage truck, is not an exceptional event in an otherwise placid country. As Miriyam Aouragh explains, it is “a continuation of the explosion of anger and protest in 2011.” Moroccans are again demanding “liberty, dignity, and social justice” from a regime — fully backed by the United States and the European Union — that can provide none of them.

That is the national context for COP22. The event itself will probably be shorter on headlines and longer on detail than last year’s meeting. The required number of countries ratified the Paris agreement in less than a year — for comparison, Kyoto took nearly eight years. COP22 will likely focus on the signatories’ Nationally Determined Contributions. The fact that these “pledges amount to less than half of the cuts needed to reach the goals they agreed in Paris” may or may not come up, especially since world leaders will now have to cope withPresident-elect Trump.

No matter the results, the liberal chorus will applaud whatever they decide. But we must remember that, at this time last year in Paris, “all the governments of the world agreed to increase global greenhouse gas emissions every year between now and 2030.” Without enormous popular pressure, each successive COP will also be a greenwash. As the Movement of the Road reminds us, we need to build a ground-up climate justice movement, and quickly.