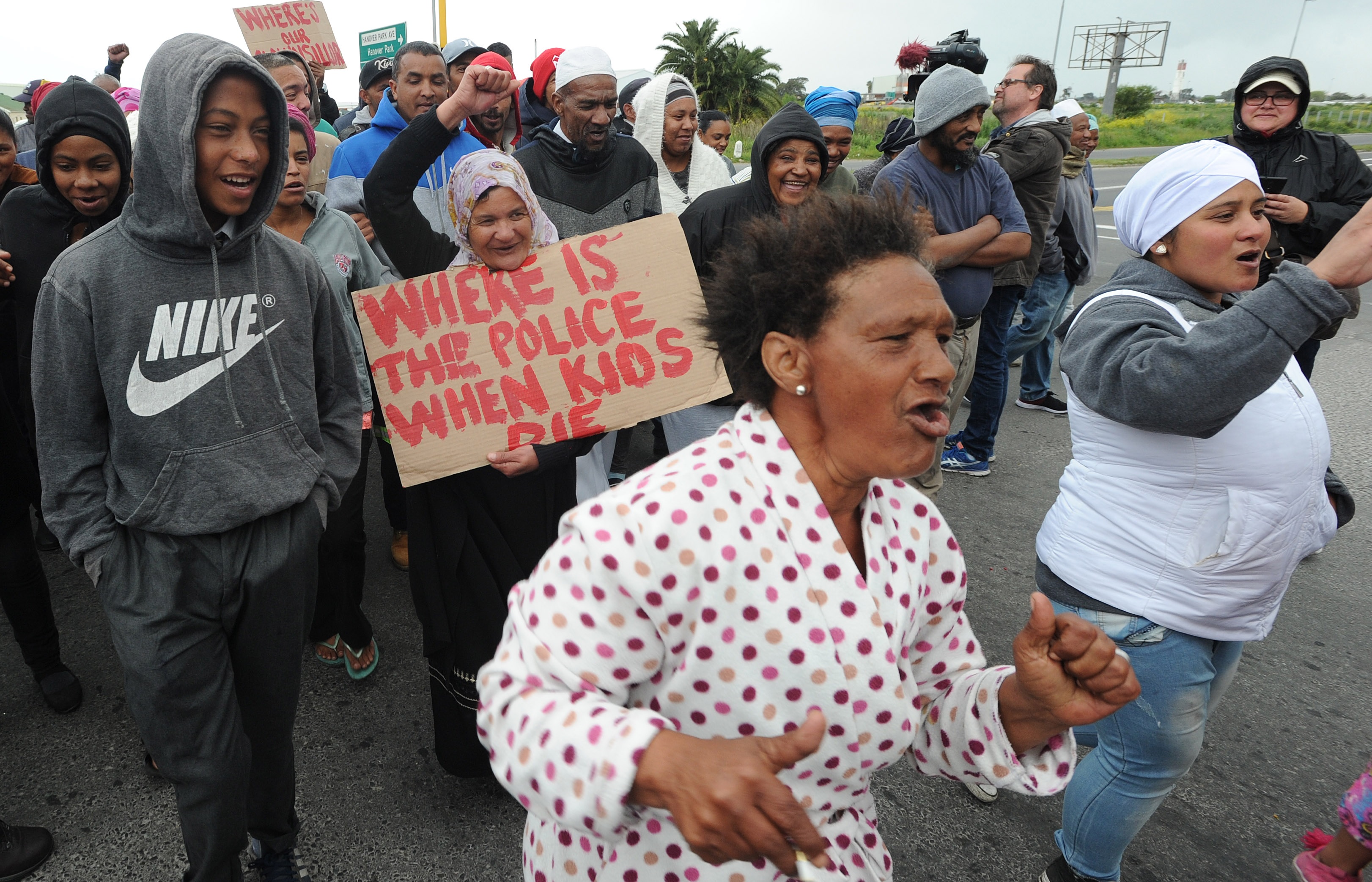 We live in a period in which there is little confidence in radical measures to deal with seemingly intractable problems. Government and its soothsayers, especially those in the mainstream media, prefer “more of the same” policy prescriptions. And it is precisely that policy that is at the heart of the South African crisis.

And it is a crisis. Ten million people of working age are without work. Millions more are under-employed and do not have an income that allows them anything close to a decent life. As a result, poor and working people have turned in on themselves. Crime in Westbury, Manenberg, New Brighton, etc. is not waged on anyone other than the poor themselves. Who are the murder and rape victims in South Africa? What are gangs, if not enclaves of violence responding to exclusion from the world of work and income? How do we account for the South African statistic that a woman is killed by an intimate partner, every eight hours? Surely it does not require a PhD in sociology to understand the crisis mass unemployment has created in a deeply patriarchal society. How do we account for the pandemic of substance abuse without factoring in extreme alienation caused by a youth unemployment level of close to 60 per cent?

Mass unemployment can’t be separated from the extreme levels of inequality and social polarisation that characterise South African society, a quarter of a century after formal Apartheid ended. Many speak of South Africa as the most unequal country in the world because of income inequality. What is even more perverse are statistics that measure wealth inequality. 90% of all assets are owned by just 10% of the population! Talk of national unity and social cohesion is meaningless under these circumstances.

Equally meaningless are half-baked solutions of projects and sectoral interventions that pass over the macro-economy, as in the Jobs Summit. The slump of the South African economy into recession prompted the Ramaphosa government to announce a “Stimulus package”, along with Jobs and Investment Summits, to respond to the deepening crisis. But you don’t have to be an anti-government cynic to be deeply sceptical about the outcome of these initiatives.

The so-called stimulus package must be the first in history that contains no extra cash. It “reprioritises” R50 billion in government spending. The winning and losing sectors will only be known when the mini budget is presented in late October.

Ruling class ideologues such as Peter Bruce of the Business Day cuts to the chase: “We should mine our astronomic mineral wealth for all its worth. Dig it up and ship it out. That’s our part in the global ‘value chain’.” This is precisely what the accumulation strategy of the Apartheid system was all about. It was based on cheap labour and huge quantities of cheap coal-fired electricity. There is growing evidence that the government is returning to this exhausted strategy, at least when it comes to attracting investment and expanding mining operations, regardless of local community resistance. The shelving of amendments to the Mineral, Petroleum and Resources Development Act (MPRDA) and the dropping of several clauses in the Mining Charter which big business objected to, are aimed at attracting investment back into the sector.

But the “dig it up and ship it out” intensification of mining ignores so many of its consequences. It fails to create jobs – the jobs are in the processing of the minerals and manufacture of products from them, not in the digging and shipping. It leaves the economy at the mercy of the world economy – do they need South African minerals today or not? And above all, it takes no account of the climate crisis, which is already having a huge impact on South Africa, one of the most carbon intensive economies in the world.

On October 8, the UN panel on climate change released the most comprehensive and challenging of its many reports. In 2015, the governments of the world congratulated themselves for their commitment to keep the world’s temperature increase to a maximum of 2 degrees centigrade. But this latest scientific report of the UN unequivocally shows that this supposedly safe increase means disaster for millions of people (and other life forms) as a result of extreme heat, droughts, floods and even more poverty. There is something fitting about the fact that, as we write this editorial, Hurricane Michael is devastating the land of the arch climate denier, Donald Trump.

The scientists conclude that urgent and unprecedented changes are needed. This includes halving global emissions by 2030 and reaching global net zero CO2 emissions before 2050. That will require a 67% reduction in coal use, 50% in oil and 33% in gas.

But it is possible to connect these reductions with South Africa’s unemployment crisis to achieve almost unprecedented job opportunities for a huge number of people. The research of the Alternative Information Development Centre (AIDC) indicates the jobs that would be created if the government acted on even half what it says itself needs to be done to tackle climate change: Electricity and renewable energy 250,000 jobs; Transport 390,000; Construction and repair 150,000 to 200,000; Agriculture 100,000 to 500,000; Waste, industry & education 110,000 jobs.

But the government still fails to connect these dots. This failure is clearly evident in its (draft) 2018 Integrated Resource Plan (IRP). What it should do is:

Instead, the IRP places an unexplained limit on the total amount of renewable energy that can be produced. This limit directly contradicts the rationale of the least-cost energy option – invest in the cheapest energy. New coal is considerably more expensive than new renewable energy. As a result, it makes worse the current situation in which electricity has become unaffordable to most South Africans. 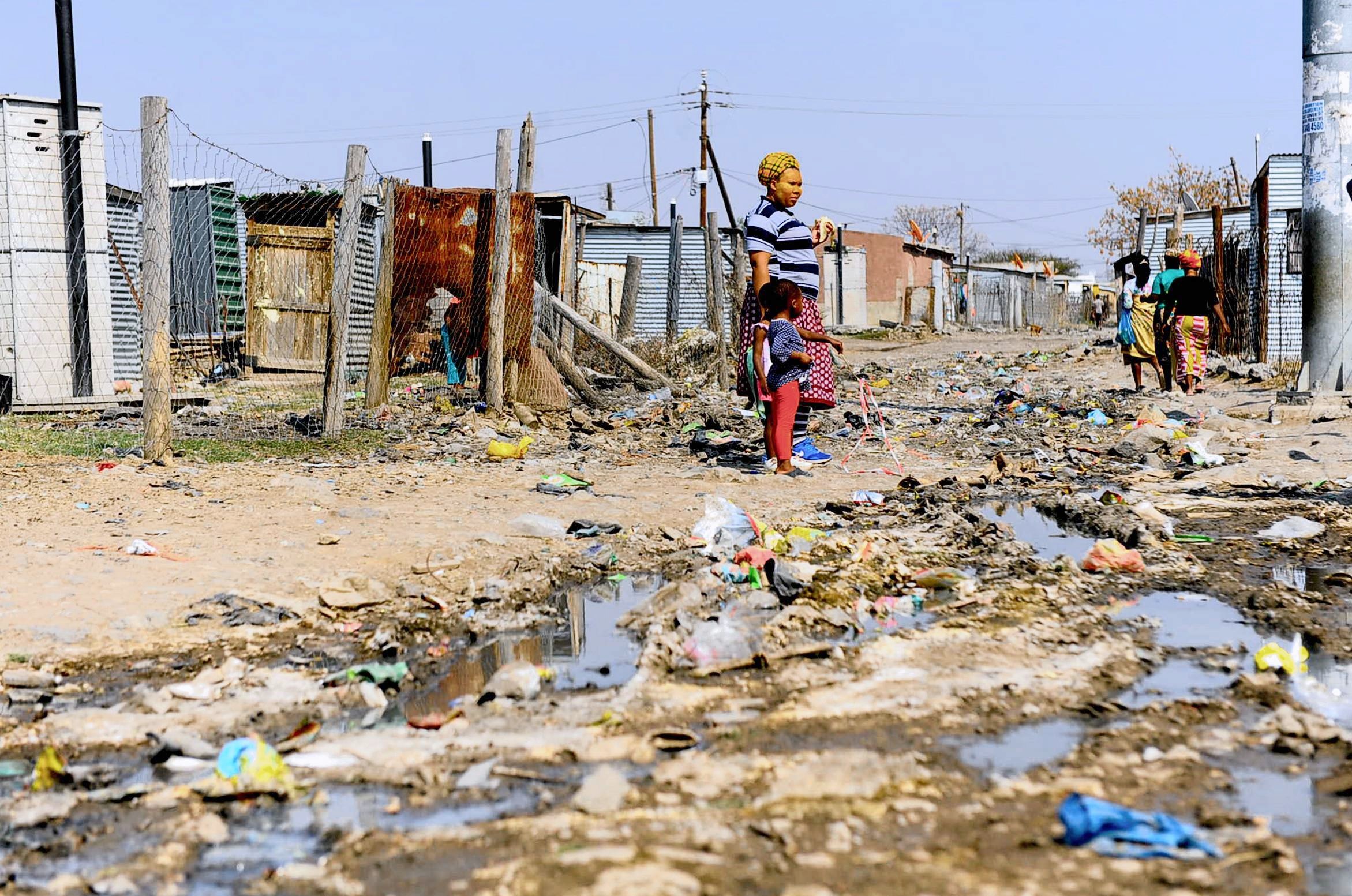 What class forces are capturing the state now?

So why can’t the government join these dots? Why is there such a disconnect between its proclaimed urgency about both climate change and unemployment and its actual practice? The explanation lies in an understanding of class interests. Peter Bruce’s “dig it up and ship it out” holds the key. The Ramaphosa “stimulus” strategy rests on the resurrection of the Mineral Energy Complex (MEC). This “royal road” out of the economic crisis simultaneously squeezes the life out of workers and the unemployed and pours profit into the pockets of those whose only interest in our economy is the expropriation of wealth.

Any doubt about this is removed by Tito Mboweni’s appointment as Finance Minister on October 9. What made Mboweni accept this appointment when he stated publicly it was not for him, in February this year? The answer lies in Goldman Sachs, the US transnational investment bank with 2017 assets of $916 billion and revenue of $32.7 billion. Mboweni is a former adviser to the bank, and billionaire Ramaphosa is said to have close connections with it. Goldman Sachs, with its vast assets and global political influence, acts like a privatised IMF, imposing extreme neoliberal conditionality on governments, as it has done with Greece and Turkey – to name but two.

And we can’t suffer under an illusion that South Africa will avoid this fate. The country’s debt has grown to almost 60% of GDP. Foreign holdings of this debt have grown to 42.3% – higher than Mexico, Russia and Turkey. The Reserve Bank (SARB) has warned that this will “create external vulnerability, as exogenous events … could trigger sell offs.” A recent SARB report highlights a 90% decline in portfolio inflows into the SA economy. With the failure to attract direct investment, these inflows helped to provide the necessary foreign currency reserves to pay for our imports. But they make the economy vulnerable to sudden capital flight.

Should this trend continue, the Goldman Sachs-friendly officials in Treasury will have no hesitation in running to the IMF for a bail out. Deep budget cuts, sell-off of state assets, privatisation and even more VAT increases will be our new GEAR moment. The pain will come without gain.

If this is to be avoided, we will need to challenge the neoliberal consensus that has enveloped the Ramaphosa government thinking. Radical solutions of a state-driven mass housing programme, land reform, and a climate jobs industrial strategy, financed by taxing the super-wealthy, could be the framework for a working class solution to Post Apartheid’s deepest economic crisis.