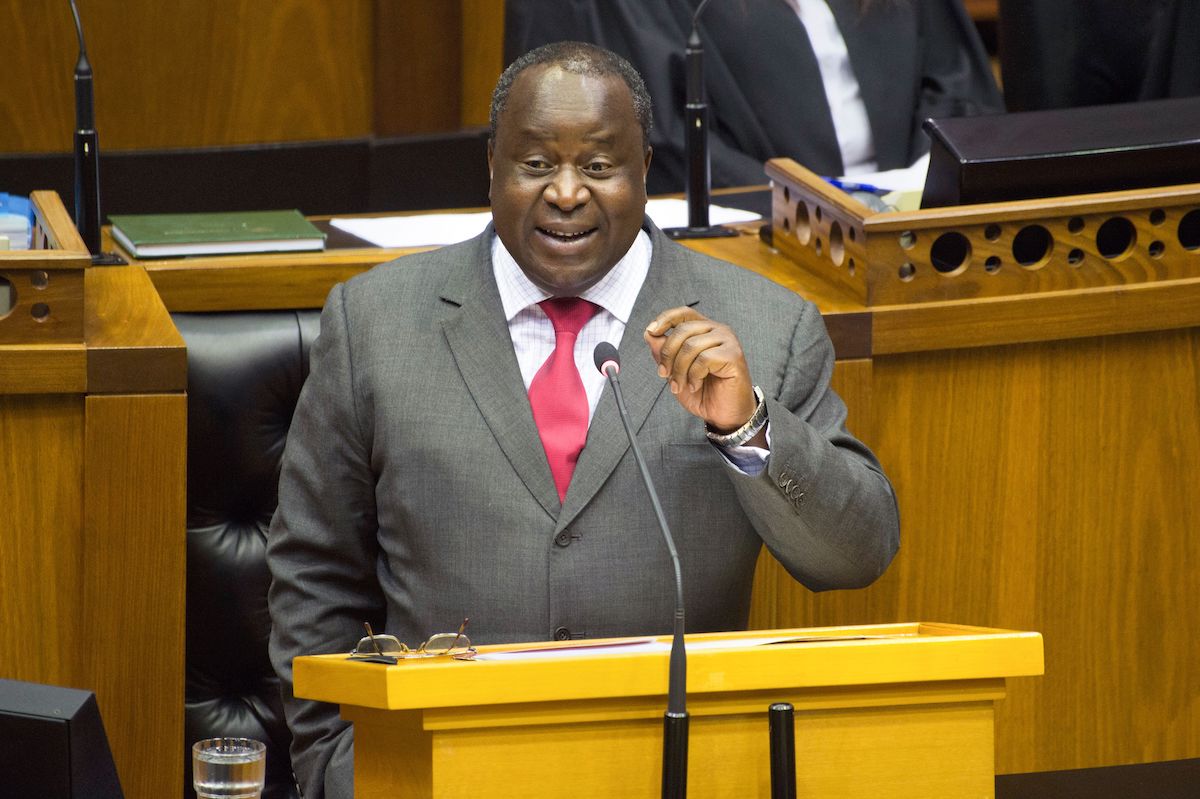 We are not as helpless as we may think, there are alternatives to the budget we can expect from Mboweni today. Here are 8 points to consider….

[1] If government was hellbent on addressing mass unemployment and the resulting poverty and inequality it would use the budget to signal a massive renewal program based on state-led investment in a new industrial path. [2] To this end, state capacity needs to be immediately fixed especially at the local government level so as to drive an effective state driven investment programme. This programme must be based on a new green type programme that prioritises a massive housing programme, a land and agrarian programme, the massive rollout of socially owned renewable energy, the expansion of public transport. [3] This could be financed through a combination of increasing taxes on the super wealthy, introduction of prescribed assets (to suck up idle investment assets and extreme liquidity os SA corps) and making use of Public Investment Corporation (PIC) funds. [4] Unfortunately, government is married to austerity, as a result of the state being under immense pressure from profit maximising creditors; finance capital: Budget austerity is ‘the only solution’. [5] Therefore, we can foresee the minister of finance announcing a conservative budget oriented to austerity that will appease credit rating agencies and international investors. This will perpetuate continued under-funding of education, health, housing programs and transport systems, for instance. The business-as-usual approach will be justified by the growing debt service cost of the government and corrupted State Owned Enterprises (SOE’s). Here, one of the major questions relates to the problems within Eskom, which pays an average of 10 percent interest on its R419 billions of rising debt, (according to Eskom’s CFO on SAFM, 10 February 2019), or over R40 billions per year and rising. [6] As a result the public utility is about to fail. But it cannot fail, and it should be instrumental in an honest ‘Just Transition’ from fossil fuel based electricity production to renewable energy. If it cannot fail how should Eskom be bailed out, who should be the dominant creditor of the government and of public company like Eskom which is about to go bust? [7] The Alternative Information and Development Centre’s (AIDC), Dr Dick Forslund shows that Government Employees Pension Fund (GEPF) can be that creditor, the gigantic funds of GEPF can be used to solve Eskom’s acute debt crisis and wrest government finances out of the grip of the finance industry and the credit rating institutes. [8] While these measures are critical to addressing social and economic crises, this will not result from this government which is so wedded and invested in pro-business strategy. So while the current crises facing the majority of South Africans represents an opportunity for shifting gears, this government will continue with the same macro economic policies that have significantly contributed to these crises, namely joblessness, growing inequality and climate change
Post Views: 912