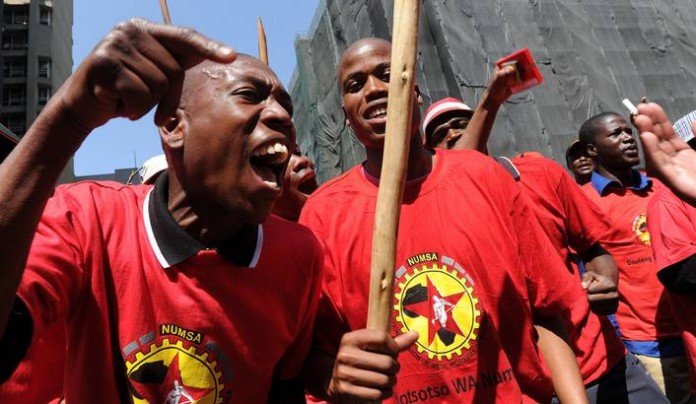 The Alternative Information and Development Centre (AIDC) salutes the National Union of Metalworkers of South Africa (Numsa) for their victory in the Constitutional Court against Assign Services (Pty) Limited in particular and labour brokers in general. This not only a victory for Numsa but a victory for all workers in South Africa. This ruling will assist workers in challenging the ongoing precarious and unfair working conditions imposed by labour brokers.

The case hinged on an interpretation of the existing legislation and the outcome of this case means the scale has now been tilted towards workers. Back in 2015 amendments to the Labour Relations Act (LRA) indicated that labour brokered workers who perform ongoing work must become permanent employees of the client company and had to be treated no less favourably than other permanent workers doing similar work.

Assign argued that this amendment should be interpreted to mean that the workers would become employees of both the labour broker and client company. The Commission for Conciliation, Mediation and Arbitration (CCMA) rejected this argument in favour of Numsa’s argument that after three months the client company becomes the sole employer. After a protracted legal battle that has been through the Labour Court, the Labour Appeal Court and now the Constitutional Court, Numsa’s sole employer interpretation has been upheld. For workers, having two employers would have perpetuated their current situation where they are largely without rights and would seriously have undermined the rights they acquired in 2015.

This is a glimmer of hope for workers in their continuous struggle for decent wages and working conditions. It means they can direct their struggle at a single boss, while it undermines the position and profits of labour brokers. Such a victory is rare as it is well known that the law tends to favour bosses. We are aware that we cannot rely only on the law to protect and advance workers’ rights but must build our unity with other working class formations to build a movement that can protect the interest of all workers and the poor. This is indeed a step in the right direction towards fair employment practises in South Africa.

Workers have been battling against the neoliberal policies of the ANC led government for a long time. Labour broking was a means to by-pass the hard won rights of workers and we are glad that this issue has in part been addressed. The ongoing demands and actions from organised labour have contributed to this gain. It is in this context that the AIDC supports a wage led, low carbon economic growth path and this ruling is congruent with that vision.

The ongoing attacks from the government and bosses on workers’ rights must be stopped. We trust that all workers will support the South African Federation of Trade Unions (Saftu) in their battle to stop the current amendments to the Labour Relations Act (LRA), which represents yet another outright attack on the workers. The recent working class summit held by Saftu is a step in the direction of reaching this objective.

Finally, we call on all workers to be vigilant and advance in their struggle to smash any remnants of labour broking.

Posted in Partners Tagged with: Numsa