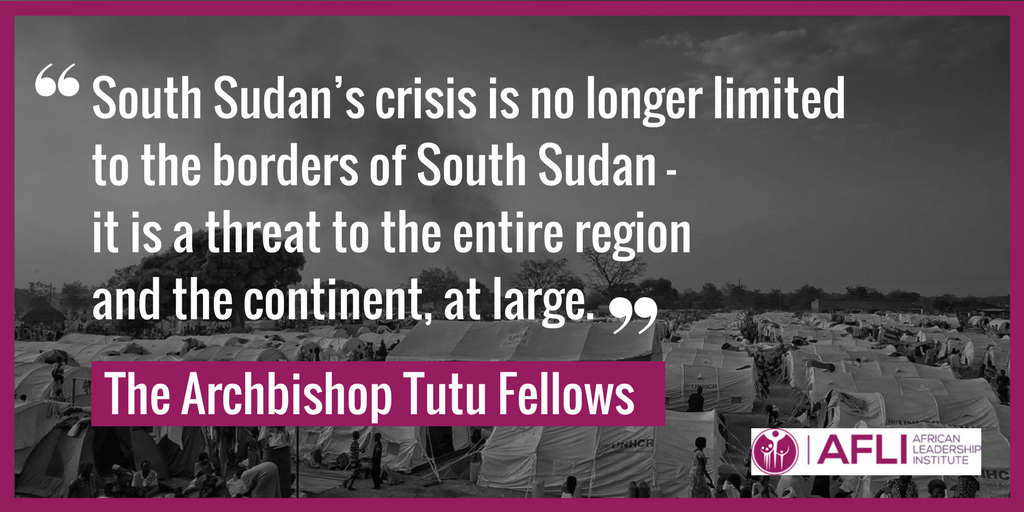 The Archbishop Tutu Fellows, a group of emerging leaders from across Africa, have urged heads of state from across the continent to urgently act on the dire situation in South Sudan. The world’s youngest democracy faces widespread famine and ethnic cleansing with a potential genocide playing out. Half of the depopulation at risk of being forced from their homes by the end of the year and the economy is in tatters. All players, including all armed groups, need to be brought into a political process to decide how the peace agreement can be salvaged and stability brought to a region that is already feeling the security, economic and social cost of inaction. The Tutu fellows, a diverse group of 300 leading professionals from 34 African countries working at the forefront of positive change on the continent, have said that heads of state and institutions  across Africa need to tackle the conflict and holding leadership accountable. In the words of the late Nigerian poet, Chinua Achebe: “Every generation must recognize and embrace the task it is peculiarly designed by history and by providence to perform. 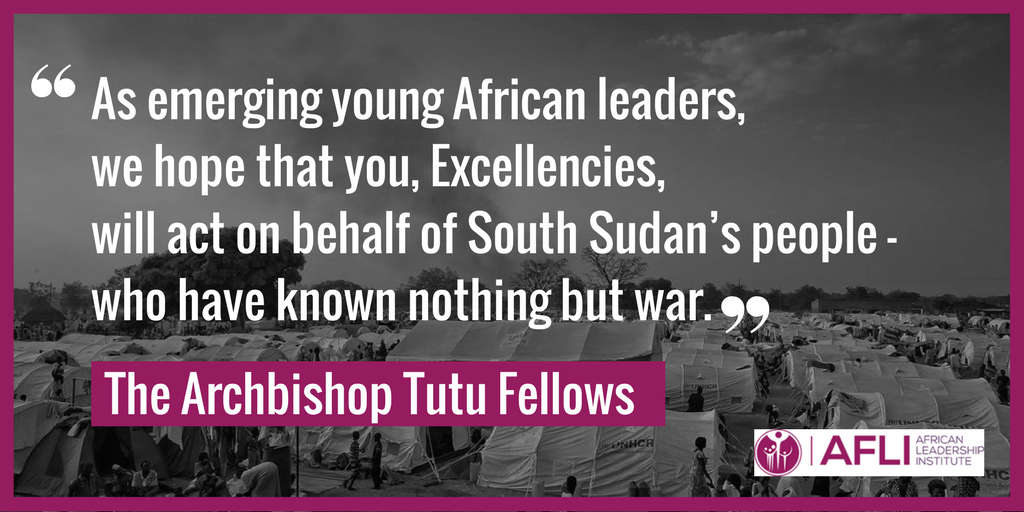 Your Excellencies, We, the Archbishop Tutu Fellows (“Tutu Fellows”), of the African Leadership Institute, have been following the events unfolding in South Sudan with great dismay. We felt it incumbent upon ourselves to write and urge you, as neighbours and key members of regional blocs, to leverage your relationships with political and military leaders on all sides of the conflict in South Sudan to revive a political process and chart a way forward for the implementation of theAugust 2015 peace agreement brokered by the Intergovernmental Authority for Development (IGAD). As the situation in South Sudan continues to deteriorate, the peace agreement provides an important opportunity for South Sudan to save itself and the region from a protracted war.  We therefore urge you to deny them access to your countries and the amenities and assets they enjoy in your countries. Read more here: