From Amandla! 47 By Jeff Rudin

Apple is the richest corporation in the world. The European Union (EU) has recently found that this company paid tax to Ireland at a rate as low as 0.005%. Ireland already has a very low corporation tax rate of 12.5%. This compares with 20% in the UK, 28% in South Africa and 35% in the US. The EU has ordered Apple to pay Ireland €13 billion in taxes. That’s over R200 billion.

If you think Ireland is pleased about this, you’re wrong. That seems strange, because €13 billion represents almost one-third of the total tax Ireland collected in 2015. €13 billion is no small amount for Apple either. It represents more than a quarter of Apple’s last year’s profits of $53.4 billion. Apple claims that it has fully complied with Irish law and the Irish government fully agrees with them. Both Apple and Ireland are therefore appealing the EU ruling.

How is one to explain Ireland’s seemingly senseless behaviour? 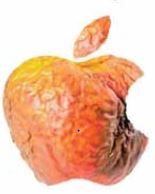 It’s called “transfer pricing”
To answer the puzzle, we can look at the work that the Alternative Information and Development Centre (AIDC) has done in exposing some of the tax tricks of one of the largest transnational mining companies in South Africa,Lonmin. The trickery is common amongst transnational corporations (TNCs). It involves each corporation arranging its bookkeeping so that it pays tax in the country (or countries) offering the lowest tax rate, rather than the country in which it is based and which produces its actual profits. It is called “transfer pricing”.

When AIDC first exposed this bookkeeping deception, Lonmin’s immediate response was to threaten legal action. When this failed, Lonmin claimed it had broken no laws. As usual in such matters, Lonmin ended up simply claiming that it had complied with the laws of the country. All it had done was to arrange its affairs in “the most tax efficient way possible”. This was for the maximum benefit of the investors to, whom the corporation is ultimately accountable.

The Irish Apple conspiracy
What makes the Apple case different from these South African ones is that the Irish government has conspired with Apple to make Apple’s transfer pricing legal under Irish law. Apple’s arrangement with Ireland made it possible for the company to move up to two-thirds of its global profits to Irish-registered companies. Moreover, unlike South Africa, there is probably no corruption involved that benefits individual members of the Irish government.

This Irish arrangement means that if you buy an iPhone or any other Apple product for example in Germany, the industrial heart of the EU, the tax does not go to the German Government at the current rate of 29.40%. Instead, it goes to the Irish Government, at between 1% and 0.005%. Ireland benefits because even though the tax rate is very low, that rate applies to an enormous volume of Apple’s sales from outside of Ireland. More importantly, Apple’s presence in Ireland attracts other large TNCs to Ireland’s already very attractive tax rate of only12.5%. These two factors probably explain why Ireland was ready to be so generous to Apple.

Mad dogs
The problem for Apple and Ireland is that the dog-eat-dog world of big business exists within a legal framework of contradictory requirements, such as formal fairness. Dogs can continue doing what dogs do, provided only that they have equal opportunity to eat each other. All dogs inside the EU are bound by these rules. Ireland, a member of the EU dog pack, broke EU rules by giving this huge tax advantage to a single dog, called Apple. Other dogs, like Samsung for example, would not be impressed.

This begs a question: governments have long known about transfer pricing and the range of other tax dodges. They have effectively just accepted them as standard business practices. (This is apart from the fact that individual members of the various governments are almost certainly beneficiaries, in various ways, of the profits made by the various TNCs.) We must therefore ask why the EU is now taking such tough action against Apple, the pack leader.

Rules can easily be broken when the dogs have lots to eat. But the world is stuck in the great recession that began in the US in 2008. The eu is doing particularly badly at present. Governments desperately need all the revenue they can get to keep their electorates pacified, as well as pay their own salaries. In the case of the US and the EU, they also need to pay for their wars that protect or advance the interests of their own TNCs. These governments can no longer afford the hidden subsidies they give to their corporations by turning a blind eye to the bag of tax tricks they use to minimise the tax they pay.

The Panama Papers leaked earlier this year served as a reminder of the gargantuan scale of the problem of worldwide corporate tax-dodging, both legal and illegal. According to Jorge Braga de Macedo, former Portuguese finance minister and fellow at the Ontario-based Centre for International Governance Innovation, we are

“smack in the middle of one of the greatest problems of international relations — the need for the state to get some control over what it thinks is its tax base … [Panama is] a wake-up call for states to do something. Transparency is key, otherwise only fools pay taxes.”

In one year alone – 2014 – profit of some $638 billion just from the developing world disappeared into tax havens. Public coffers are hungry for the tax from the trillions of dollars lost worldwide each year.

But, as we have seen, Ireland doesn’t want €13 billion and is most annoyed with the EU for attempting to foist this bounty on them! There is a direct connection between Ireland’s anger and South Africa’s fear that it will be downgraded to “junk” status, by the mysterious Credit Rating Agencies.

Behind the Rating Agencies and all governments, not only those of Ireland and South Africa, stands the unelected global “foreign investor”, before whom all elected governments worldwide must kneel. Democratic elections have no part whatsoever in this world, in which “economics is a political argument”, as the Cambridge economist, Ha-Joon Chang, puts it so pithily.

Governments are the political prisoners of global capital. More importantly, governments have created their own imprisonment; they are entrapped by their political economy choices. Modern capitalism’s natural state is stagnation. In this condition, a sluggish economy and increasing unemployment exist alongside ever-increasing amounts of idle capital.

Neoliberalism – in this context, privatisation along with wholesale deregulation – makes this condition much worse. Neoliberalism is now the dominant politics worldwide. The governments of the dominant economies have used their power, through trade agreements and other methods, to impose on the rest of the world policies designed to make the major TNCs even more powerful.

The investor is king
The result of all this leaves governments entirely at the mercy of big investors, from anywhere in the world, for any large amounts of capital. And the capital is there, plenty of it. In 2014, there was 3.5 trillion usdollars sitting unused in the cash reserves of the world’s largest non-financial firms. Apple alone has a cash stockpile of more than $230 billion. South African corporate cash balances stood at R1.35 trillion in December 2014. That’s the equivalent of 38% of South Africa’s GDP.

These are the colossal amounts waiting to be invested. These are the colossal amounts governments are fighting to attract by offering the most investor-friendly inducements they can think up and think they can get away with. However, every now and then they run up against their own collective rules, rules that seek to impose socialist ethics within the savagery of eating dogs.

But we are guaranteed to hear the cry of: “There is no money!” from governments and the rich whenever there’s a call to spend money urgently needed for the public good.