2017/18 Budget: Another holding operation – Too little, too late

Under the extreme pressure of the Zuptas and other sections of the predatory elite, on the one hand, and the credit ratings agencies, on the other, Minister Gordhan has weaved a budget that amounts to too little, too late. 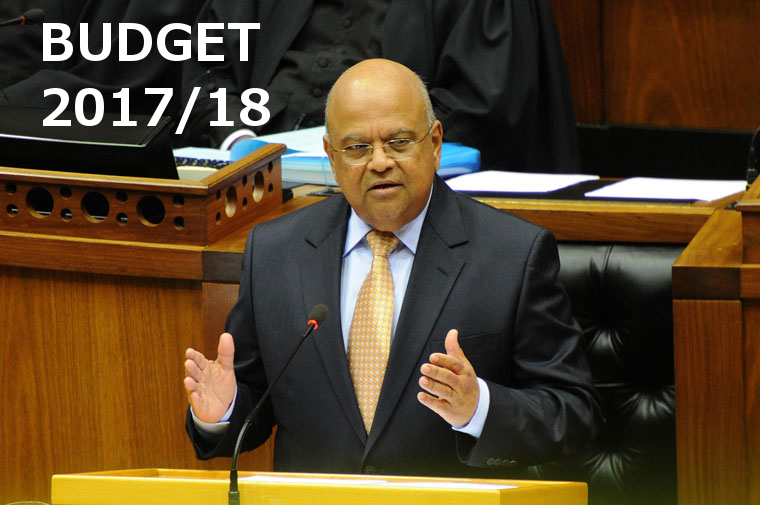 The 2017/18 Budget displays a series of half-way measures. The success of these measures depends on an end to the global economic crisis and more patience on the part of the working class, the students and the poor. As to the assumption of global capitalist recovery, Treasury’s growth forecasts have been wrong since the start of the 2008 ‘Great Recession’. As for the assumption that the masses are prepared to wait for ever and a day, no comments are needed

It is too late: Measures like today’s introduction of a 45% top tax bracket for the income above R1.5m should have been done years ago, but as a response to meeting the basic needs of the mass of people. 15 years ago, such measures against high incomes would have allowed for a large enough public sector, underpinning real transformative reforms like free higher education and the roll out of a national health insurance. Today, these limited tax measures will only serve to plug the growing hole in the budget and pay for the growing interest on the state debt. They point to what is possible, but they are too timid to impact on the play between social unrest and growing protests, on the one hand, and police repression and the state failing to ‘deliver’ and defying court orders, on the other.

We note, for example, that Minister Gordhan has continued to compensate tax payers for ‘bracket creep’, but less than in last year’s budget. Starting in 2000, Finance Ministers over-compensated the already well-off for the effects of bracket creep for a decade, lowering taxes for the upper middle class and the rich. The aim was to avoid a bigger public sector. Had they not pursued to cut taxes and change tax policy for the already empowered, we would have free higher education today and be on our way to a National Health Insurance.

The Minister highlighted the issue of aggressive tax planning, which the David Tax Committee estimates costs the country R50bn per year. Unfortunately, it is another example of a proposal that is too little, too late. We cannot be dependent on bilateral agreements to deal with this ill. The single most important measure is to compel corporations to make public the full accounts of all subsidiaries and daughter companies. This is where the avoidance of taxes, wages and (in mining industry) social labour plans, takes place. Full transparency is needed to change these practices and culture.

Finally, it is necessary to address the urgent issue of free higher education, raised by the Fees Must fall Movement. According to the Treasury the reform demands plus minus R30 billion more in the budget.

Minister Gordhan said today that he now adds “R5bn” to the “R32 billion previously announced” for “higher education”. In relation to these claimed increases, Budget Reviews (BR) set out the actual increases for higher education in nominal terms (the effect of inflation not taken into account). The relevant table has number 5.8 or 5.10.

Below we publish the numbers as set out in the Treasury’s 3 latest Budget Reviews.

We see a far more modest growth in the higher education budgeting than indicated in today’s speech.