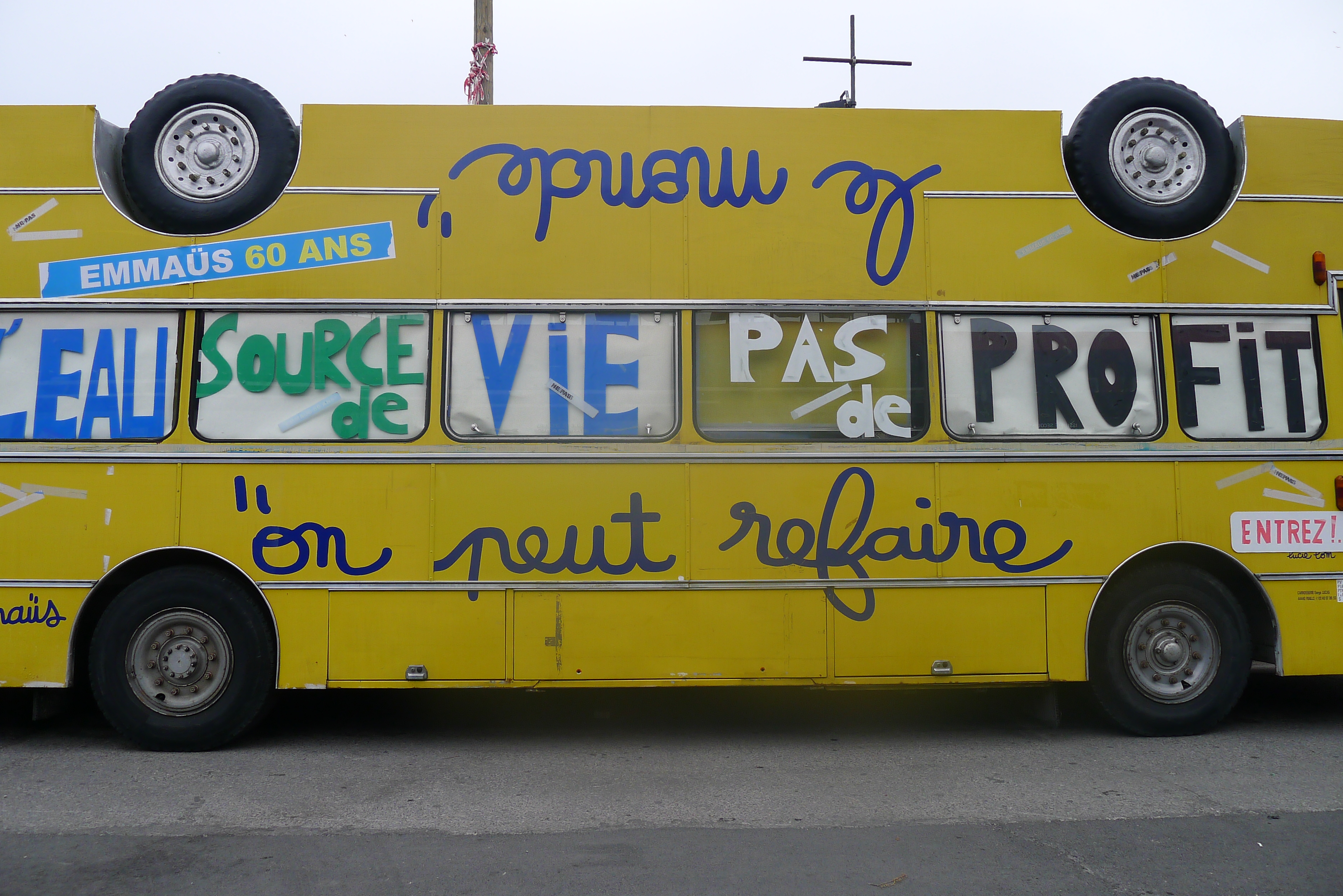 “Water is the source of life, not profit”, from a successful French campaign for bring back services into the public sector

Since the beginning of the 21st century, a growing number of citizens, workers and cities have been successfully collaborating to reclaim public services. Their aim is to build better and more accessible essential services than their private counterparts. The Reclaiming Public Services book by the Transnational Insitute and 10 other organisations documents that between 2000 and 2017, at least 835 privatisations have been turned back in 45 countries.

Why? Because everywhere privatised service operators are failing to meet citizens’ common needs. Take the implosion of British multinational construction company Carillion. Take the many councils in the United Kingdom, that over the last four decades were forced into costly partnerships with the private sector to provide public services. Not to mention the disastrous water privatisations in South Africa, leading to cholera outbreaks and tariff increases of 600%, hitting poor communities the hardest.

A growing number of people and places are realising that publicly-owned essential services time and again outperform private management. When water, energy and transport services are in public hands and democratically controlled, profits won’t go to private shareholders. They can be reinvested in service accessibility, employment and infrastructure. In the last eight years, five times more privatisations have been turned back compared with the previous eight years. Around the world, the public reclaimed 267 water services, 311 energy services and another 257 reversed privatisations in health care, waste and recycling, transport, education and a range of local government services, from funeral to school canteen services.

Returning a privatised service to local public control is also known as remunicipalisation. It has become a reality in more than 1,600 cities because many remunicipalisations are a collective effort of multiple towns and cities. These remunicipalisations are happening in many shapes and sizes. Villages, cities and metropoles in practically every continent have turned back privatisations. From New Delhi and New York to Maputo, Jakarta and Barcelona. Although the contexts in which public services are reclaimed are unmistakably diverse, the common trend is that when citizens, workers and (local) officials work together, remunicipalisation can lead to better, democratic, socially just public services

Although the majority of these remunicipalisations have occurred in Europe, 56 have taken place in low and middle income countries. Across Africa, from Uganda and Tanzania to Mozambique and South Africa, people have been reclaiming water and sanitation services especially. Let’s take a closer look at how the city of Dar es Salaam and several cities in Mozambique reversed privatisation and put the water and sewerage services back into public hands.

Dar es Salaam’s experience shows the social benefits and the on-going struggle that can accompany remunicipalisation. The 2003 privatisation of Dar es Salaam’s water and sewerage systems promised to bring badly-needed investments in infrastructure. In fact, it led to severely deteriorated service operations, which were already in awful shape. The World Bank provided a US$164.6 million fund to privatise the networks. Even they described the operations by the private City Water Services (CWS), owned by global capital, as worse than its public forerunner. Effective billing of existing and new customers broke down, and after five months CWS stopped paying its monthly lease fees to Dar es Salaam’s Water and Sewerage Authority (DAWASA), which is the owner of the water infrastructure. Between August 2003 and March 2005, the service revenue reduced by one third. During the whole contract period, CWS failed to provide any financial report to the water authority.

In 2005, the government of Tanzania terminated the private contract and reclaimed the water and sewerage company. It became Dar es Salaam Water and Sewerage Corporation (DAWASCO), a public parastatal company, financed by the national government and with a ministry-appointed board. DAWASCO inherited a run-down infrastructure, degraded water resources and a company that lacked legitimate leadership and collective ethos. But it did manage to increase revenue, coverage and responsiveness to users. Over the years, the public company slowly reduced the amount of water that left the treatment plants via leaks and unaccounted connections from 76% to 38% in 2017.

Yet improvements are slow and since DAWASCO stands independently from the Water Authority (DAWASA), its priority has been financial efficiency and profitability. Another major problem has been the dependency on international financial institutions. Their influence and requirements erode political sovereignty. Without these, it has proven to be hard to further improve Dar es Salaam’s water and sewerage systems.

Despite these obstacles, 72% of Dar es Salaam residents have access to water, compared to 50% nationally. In 2017, DAWASA expressed commitment to extend access to 95% of the population by 2020. Earlier this year, the government of Tanzania also announced that the city’s Water Authority and DAWASCO will merge in the summer.

The city’s water remunicipalisation was not a strategic political decision but a default response to the failure of a private company. Nevertheless, with sufficient pressure by citizens and workers, increased democratic control could strengthen the public ethos to significantly improve the water services so that especially the poorest communities benefit. 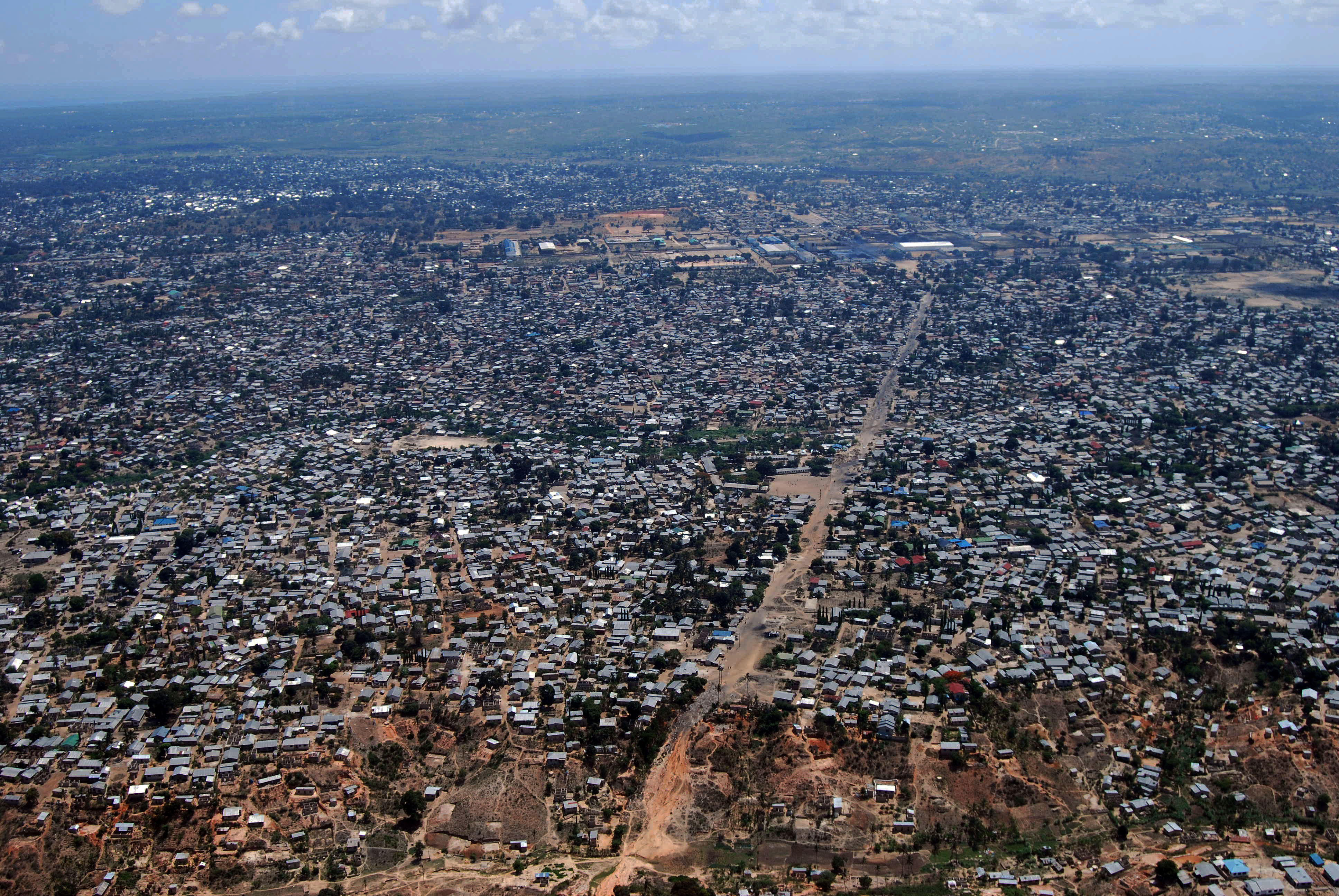 The 2003 privatisation of Dar es Salaam’s water and sewerage systems promised to bring badly-needed investments in infrastructure. In fact it led to severely deteriorated service operations.

The water remunicipalisation in several Mozambique cities proves that public management can also outperform the private sector financially. In 1995 the Mozambique government implemented the World Bank-assisted National Water Policy in order to be eligible for a debt relief programme by the World Bank and the International Monetary Fund. The policy meant the government had to decentralise water resource management and encourage private companies to participate.

As a result, Mozambique entered into a public-private partnership (PPP) by signing a management contract with Aguas de Mozambique (AdeM) for the water services of Maputo and the four major provincial cities of Beira, Nampula, Quelimane and Pemba. At the time AdeM was 70% owned by two European companies, one French and the other Portuguese.  The partnership led to a tariff increase and did not meet contractual targets and obligations. In 2001 civil protests broke out due to irregular cut-offs and poor services. After the government denied SAUR a tariff increase that same year, the French company sold its shares to its Portuguese partner, Aguas de Portugal (AdP). This led to renegotiated contracts, including a tariff increase after all. Although the result was increased service hours to various extents, it failed to sufficiently reduce leakages and unaccounted water use.

Due to high losses, AdP left the four cities in 2008 and the contract with Maputo came to an early end in 2010. Then Mozambique reversed the PPP and through the public asset holding company Fundo de investimento e Património do Abastecimento de Água (FIPAG) reclaimed the majority of the shares. FIPAG took over in order to revitalise the company, increase coverage and improve responsiveness to users. In 2010, the year of the acquisition, the water company had a profit of over US$1 million after losses in previous years. Ever since, the water utilities of Maputo, Beira, Quelimane, Nampula and Pemba have been owned by FIPAG.  The partnership with AdP neither met government expectations nor the needs of the population. So instead FIPAG entered into a non-profit partnership with public water companies in the Netherlands. Because this partnership focused not on profit but on strengthening local capacity, the performance of the utilities and their operational and managerial capacity significantly improved. It remains to be seen whether the water utilities have the autonomous capacity to maintain their performances in the long run. But at least, water supply in the southern cities became continuous and its coverage is over 90%.

The water remunicipalisation stories of Dar es Salaam and the Mozambican cities show two things: on the one hand the massive failure of private operators. On the other hand, the benefits that public ownership, democratic control and public / public partnerships can bring. No matter how big the challenges that the public service sectors face, privatisation is never the solution.

Privatisations tend to break promises of investments and cheaper prices because of short-term profit seeking. Publicly-owned and -managed services are able to prioritise service quality, universal access and affordability. They can deliver on broader social and environmental objectives, especially when popular participation is encouraged. For this reason, it’s absolutely key that citizens, workers, and civil society organisations forge alliances and mobilise together to pressure (local) authorities to constantly recommit to meeting people’s needs, in particular those that business as usual always leaves behind. In light of Cape Town’s acute water crisis, connected constituencies and the build-up of counterpower from below are crucial to the struggle of keeping people’s taps running.

Lavinia Steinfort is a researcher at the Transnational Institute

For more information about the water remunicipalisation in Mozambique click here